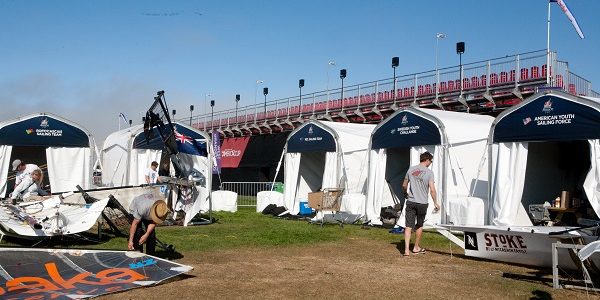 Were you watching the America’s Cup this year? As it stands, this year’s America’s Cup was reported to have been the most widely viewed America’s Cup ever. This sporting event proves exhilarating for both viewers and participants alike, as the world’s fastest boats and the world’s best sailors race for the oldest sporting trophy in known history. 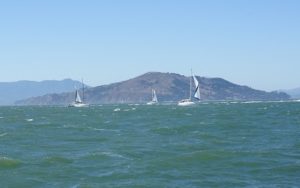 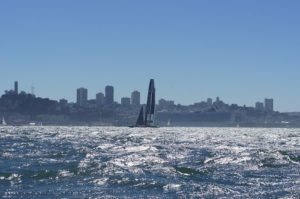 The Stuart Rental team is quite proud to have been a part of this year’s events, which took place along the San Francisco Bay.  Nearly all of the tenting for the America’s Cup Village was taken care of by Stuart Rentals.  From the Napa Valley 10×10 informational tent, to the tenting compound created for the teams participating in the Red Bull Youth Challenge, the Marina Green was bursting with excitement from the festivities. 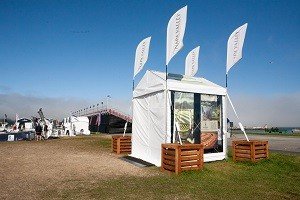 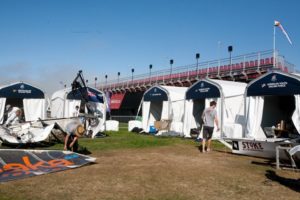 Our team also had the delight of contributing to the construction of two beer gardens, one of which belonged to internationally- loved Italian brewer Peroni. Our team put up a 20×20 tent with a customized skin, advertising the beer company, with additional red colored stripes on either side. The tent itself was made up of two hard walls, and two soft walls, with a bar at the very center of it all, and entrances into the tent from either side. 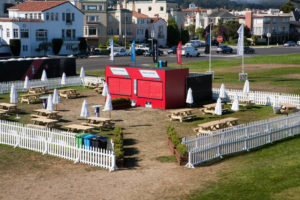 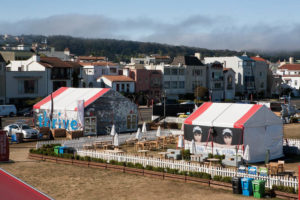 The Kaiser Permanente medical tent our team put together resulted in a truly spectacular sight.  A 30×30 tent with hard walls, a beam and plywood subfloor, and an incredible raw graphic skin to work with, transformed into a functioning hospital like any other Kaiser location. 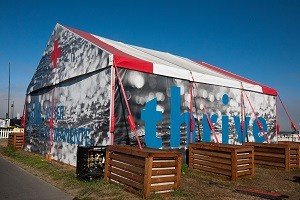 In addition to the larger projects taken care of at Marina Green, the Stuart Rental Company also assisted with several other projects beyond the America’s Cup Village. On the Peninsula, a 15×15 custom medical tent was put up for Kaiser Permanente, as well as several larger tents along Pier 23 and 27. 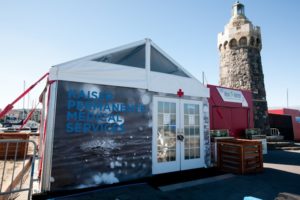 On San Francisco’s Pier 29, we had the honor of putting in the subfloors for visiting Chef Tony Stewart’s New Zealand inspired pop up restaurant, the Waiheke Island Yacht Club. The pop up is in action for a while longer for any of you interested in an exotic food adventure!

Our team truly pulled out all the stops during our America’s Cup collaboration, and with great effort came spectacular results. We are so honored to have been a part of such a traditional and well-loved event.

Request a Quote or Free Consultation

With an ever expanding inventory, Stuart's expert planners can save you time and money by quickly finding just the right rental products for your next event!

The Stuart Rental Company’s highest priority is the health and safety of our team members, clients, and their families. Therefore, we are taking this opportunity to set forth how we are managing our business operations during the COVID-19 pandemic.

We will continue to update our policies as we learn more from the medical and scientific community, including new information from the Centers for Disease Control and Prevention. We encourage everyone to frequently refer to the CDC website for the latest on how best to contain and mitigate the impact of the virus.

OUR SHOWROOM IS OPEN

We have enhanced the process and increased the frequency of our equipment cleaning, spending extra attention to regularly contacted surfaces.

We are keeping our teams current on all recommendations and updates from the CDC as well as instituting new safety precautions for the pickup and delivery of any product.

We are committed to doing what is necessary to curtail the impact of COVID 19 and will therefore update these policies as the CDC and local and state health officials issue more guidance.

CLICK HERE TO LEARN MORE ABOUT STUART’S SOCIAL DISTANCING SOLUTIONS FOR YOUR NEXT EVENT!